Museums of the beautiful city of Almaty.

It is a fascinating world of cultural and spiritual heritage. 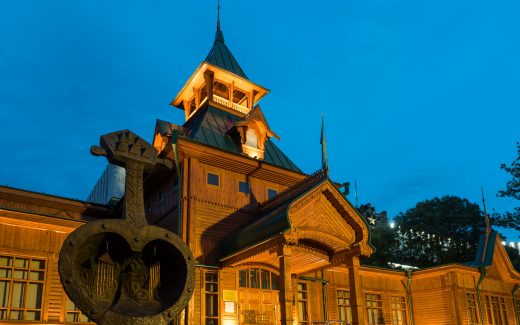 The Museum of Kazakh National Instruments

Music – is one of the most accessible ways to know the Soul of nation. In this museum you can hear Kazakh national melodies, see authentic musical instruments and even try yourself as a conductor of a virtual orchestra. A rich collection of exhibits In fact, the museum is not limited only to Kazakh folk […] 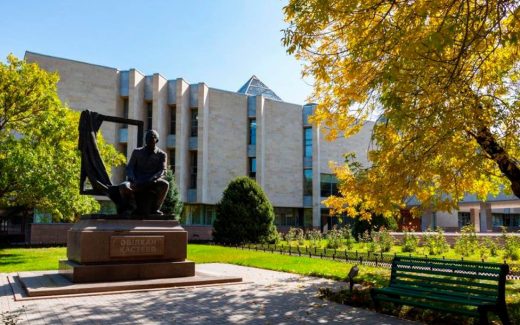 State Museum of Art named after A. Kasteev

Cultural heart of the city Today, the State Museum of Art is the largest art museum in Kazakhstan and a research center in the field of visual arts. The name of the famous Soviet artist Abylkhan Kasteev was given to the museum only in 1984, and a monument to the painter that is welcoming guests […]

Central State Museum of the Republic of Kazakhstan

You can’t build future if you forget the past The history of Kazakhstan from prehistoric times to the present day is collected within the walls of this museum. Mammoth skeletons, national costumes and horse harness, guns from the Second World War – each exhibit in the museum has its own special history and is ready […]

The Museum of Dinmukhamed Akhmedovich Kunaev is one of the most visited museums in Almaty, and therefore in Kazakhstan. The purpose and task of the museum is to cherish the memory of Dinmukhamed Akhmedovich Kunaev. The museum is based on original documents, materials, personal belongings related to the life of an outstanding statesman, telling about […]

The growing interest in the personality of Dinmukhamed Akhmedovich was one of the reasons that in the year of his 100th birthday, in January 2012 was opened a Memorial house-museum in the house where he lived. Here visitors can get acquainted with the life and everyday life of this great man from the other side. […]

Ahmet Baitursynov and his family lived in the Zubov house in 1934–1937. After the rehabilitation of the former Alash Orda government in 1988, the house was recognized as a historical and architectural monument and in 1993 a memorial house-museum was opened. House museum of XX century’s great reformer, public activist and statesman, scientist and linguist, poet and translator, scholar […] 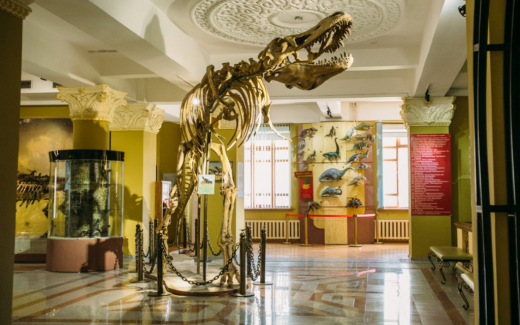 The Museum of Archeology is a cultural division of the Academy of Sciences of Kazakhstan. The museum is located in the scientific-museum complex «Gylym Ordasy». It is the only one of its kind on the territory of the Republic of Kazakhstan. 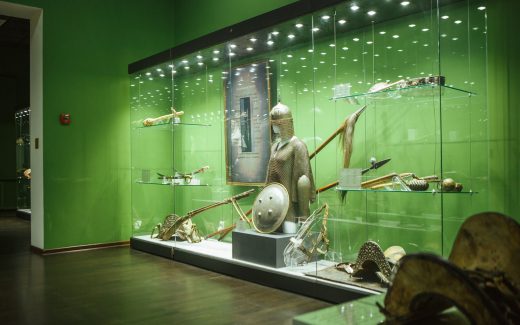 Museum of History of Almaty

Born of a big heart Almaty residents love their city so much that they even built a museum in its honor! Everything is interesting in it, from the building itself, which used to be a Vernensky orphanage, to a diverse exposition demonstrating the history of the southern capital from antiquity to the present day. There […]

The Museum’s fund includes collections of more than 500 rare books and manuscripts, chronologically covering the XVII–XIX centuries and up to the 40s of the twentieth century. It contains ancient domestic and foreign manuscripts, handwritten and old-printed books in Arabic, Latin and Cyrillic fonts that have historical, cultural and scientific significance.

The State Literary and Memorial Museum Complex of Sabit Mukanov and Gabit Musrepov was established on February 8, 1999 on the basis of two existing museums of S. Mukanov (opened on November 21, 1978) and G. Musrepov (opened in May 1987). The initiator of the creation, founder and first director of the literary and memorial […] 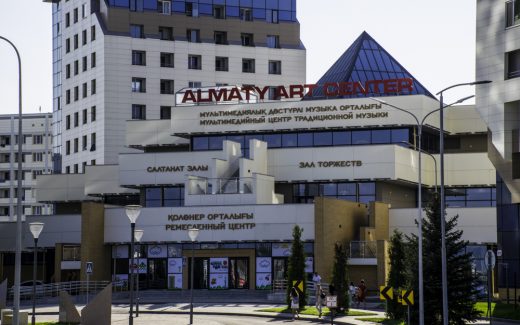 New technologies of the museum world Times change and the old format of museums with a standard exposure under glass display cases ceases to be of interest to the public. Therefore, in 2016, the President of the Republic of Kazakhstan, Nursultan Nazarbayev, commissioned the creation of the first Multimedia Center in Kazakhstan, where you can […]